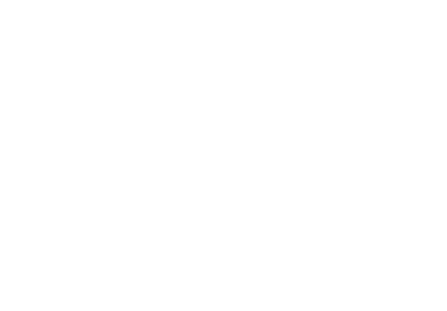 What is a replay attack?
2021-08-01
A replay attack, also known as a playback attack, is a type of cyberattack in which a hostile actor intercepts and then replays a legal data transfer over a network.
The network's security mechanisms interpret the attack as if it were a regular data transfer since the initial data (which generally originates from an authorized user) is genuine. Hackers using replay attacks do not need to decode the original communications because they are intercepted and re-transmitted verbatim.
What Can Replay Attacks Be Used For?

By passing it ostensibly legitimate credentials, replay attacks may be used to obtain access to information kept on an otherwise secure network.They can also be used to deceive financial institutions into repeating transactions, allowing attackers to withdraw funds straight from the accounts of their victims.
In certain situations, hackers will use a cut-and-paste attack to combine portions of several encrypted communications and send the resultant ciphertext to the network. The network's response to such an assault frequently provides the hacker with useful information that may be utilized to further exploit the system.

Despite the obvious hazards, there are limits to what hackers can do just through replay assaults. Because attackers can't modify the data being transmitted without the network rejecting it, the attack's efficacy is limited to repeating previous activities. These assaults are also very simple to counter. Simple defenses, such as include a timestamp in data transfer, can deter simple replay attempts. Servers can also store repeated messages and terminate them after a set number of repeats, limiting the amount of attempts an attacker can make by replaying messages in rapid succession.

Why Do Replay Attacks Matter?

These assaults are particularly important to the context of bitcoin transactions and ledgers, albeit they are far from specific to it. The reason for this is that ledgers go through hard forks, which are protocol modifications or upgrades. When a hard fork occurs, the current ledger is divided into two halves, one of which runs the legacy version of the program and the other which runs the new, updated version. Some hard forks are just upgrades to the ledger, while others split off and essentially create new coins.

How Can Be Safe From Cyber-Attacks?
Although it is true that split edgers are vulnerable to replay attacks, most hard forks incorporate security mechanisms that are explicitly designed to prevent these attacks from succeeding. Strong replay protection and opt-in replay protection are two types of effective solutions against replay assaults. A unique marker is added to the new ledger that emerges from the hard fork in order to ensure that transactions done on it, as well as the other way around, are not valid on the legacy ledger. When Bitcoin Cash split from Bitcoin, this sort of security was applied.
1
When robust replay protection is enabled, it is activated automatically as soon as the hard fork occurs. Opt-in replay protection, on the other hand, requires users to make manual modifications to their transactions in order to prevent them from being replayed. When a hard fork is intended as an update to a currency's primary ledger rather than a total split from it, opt-in protection might be beneficial.
2
Individual users can also take efforts to defend themselves from replay assaults, in addition to these ledger-wide remedies. One way to solve this is to restrict coins from being moved until the ledger reaches a specific number of blocks, preventing the network from verifying any replay attacks involving those coin units. It should be noted, however, that this feature is not available in all wallets or ledgers.
3
Things to Focus on while Working with TON Blockchain | 0xGuard Blog
TON or The Open Network is a layer-1 blockchain developed by Telegram. The developers state that the network is fully decentralized, ultra-fast, cheap, and environmentally friendly. Today we take a closer look at TON and discuss the elements to focus on for those who want to develop TON apps.
0xGuard has performed an audit of the ERC721R implementation of the NFT standard ERC721 | 0xGuard Blog
ERC721R is an implementation of the NFT standard ERC721. The official documentation lists several benefits for choosing this version over others. And the main one is improved security.
Top 10 smart contract use cases | 0xGuard Blog
Smart contracts serve the same purpose regular ones do. They set and regulate the conditions of an agreement in digital form. They possess several important qualities that differ from what a regular contract can guarantee.
5 reasons Tomb forks should choose an audit | 0xGuard Blog
Tomb forks originate from the Tomb.Finance, the first algorithmic stablecoin on Fantom Opera. Tomb.Finance aims to become the main medium of exchange on Fantom Opera through providing a mirrored liquid asset to $FTM.
What do smart contract auditors look for while doing a smart contract audit | 0xGuard Blog
A smart contract is a code that ensures that the conditions of a transaction are followed by all parties involved. It's called a smart contract since it's self-executing and doesn't require the use of a middleman.
TON Audits - Get TON Security & Smart Contracts Audit
TON Audits by 0xguard → TON is a fully decentralized layer-1 blockchain designed by Telegram to onboard billions of users.
© 2022 0xGuard. All rights reserved
[email protected]
© 2022 0xGuard. All rights reserved
[email protected]
Back to top